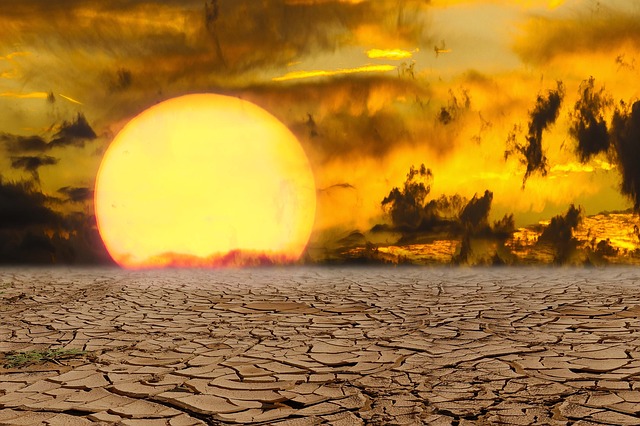 Our world is experiencing one of the hottest summers in the past hundred years.
From wildfires in France to Google’s data centers melting down in the UK, to companies closing down in China due to the extreme heat.

In the past three months, countries kept setting new records and alerting their population about the hazardous heat almost every week. Hot weather has been driving the reality of climate change home, and as time passes by the number of days with above-normal temperatures continues to increase significantly.

Since the Industrial Revolution, more than 200 years ago, our planet has warmed due to the emission of greenhouse gasses from activities such as burning fuels. The industrial activities on which our modern civilization depends have increased concentrations of greenhouse gasses, causing a buildup in our atmosphere and leading to global warming. Studies after studies have conclusively demonstrated that global warming has created a hotter baseline for summer temperatures, drastically increasing the likelihood of more recurrent, more catastrophic, and longer-lasting heat waves. The evidence of global warming is unmistakable and has been mounting for decades and today we’re experiencing it firsthand.

People are desperate to cool down

This summer has become brutal and it’s no surprise that people are desperate to cool down to make it through the day, making air conditioning vital for those who have access to it. But what about the rest of the world? Low-income countries near the equator are the most vulnerable, with limited access to basic necessities and a weak sanitation system, and people struggle to survive the extreme temperatures. In the case of first-world countries, specifically in the European region, there is no air conditioning culture and the small percentage that do have it are mostly businesses. As a result, countries have suffered disruptions, from business closures to flight cancellations, leaving people hopeless and forcing them to find ways to survive the heat wave on their own. However, seeing how Heat Waves have become a trend that comes back stronger year after year, chances are that air conditioning will become essential even in countries where they were rarely used.

In the United States, warmer temperatures have led to power outages. As many people use air conditioning at the same time to cope with the summer heat. Excessive and simultaneous power consumption has been a problem for energy suppliers as it has led to a massive strain on the power grids, as in the case of Texas where six power plants suddenly went offline. As a result, some states have asked citizens to limit the use of energy during a daily time slot in order to control blackouts. The high energy demand plus rising fuel prices combined with supply disruptions caused by the war in Ukraine plus the exorbitant inflation rate the world is facing after the pandemic has led to an increase in the price of energy throughout the United States, the percentage varies depending on the state as shown in the following image. 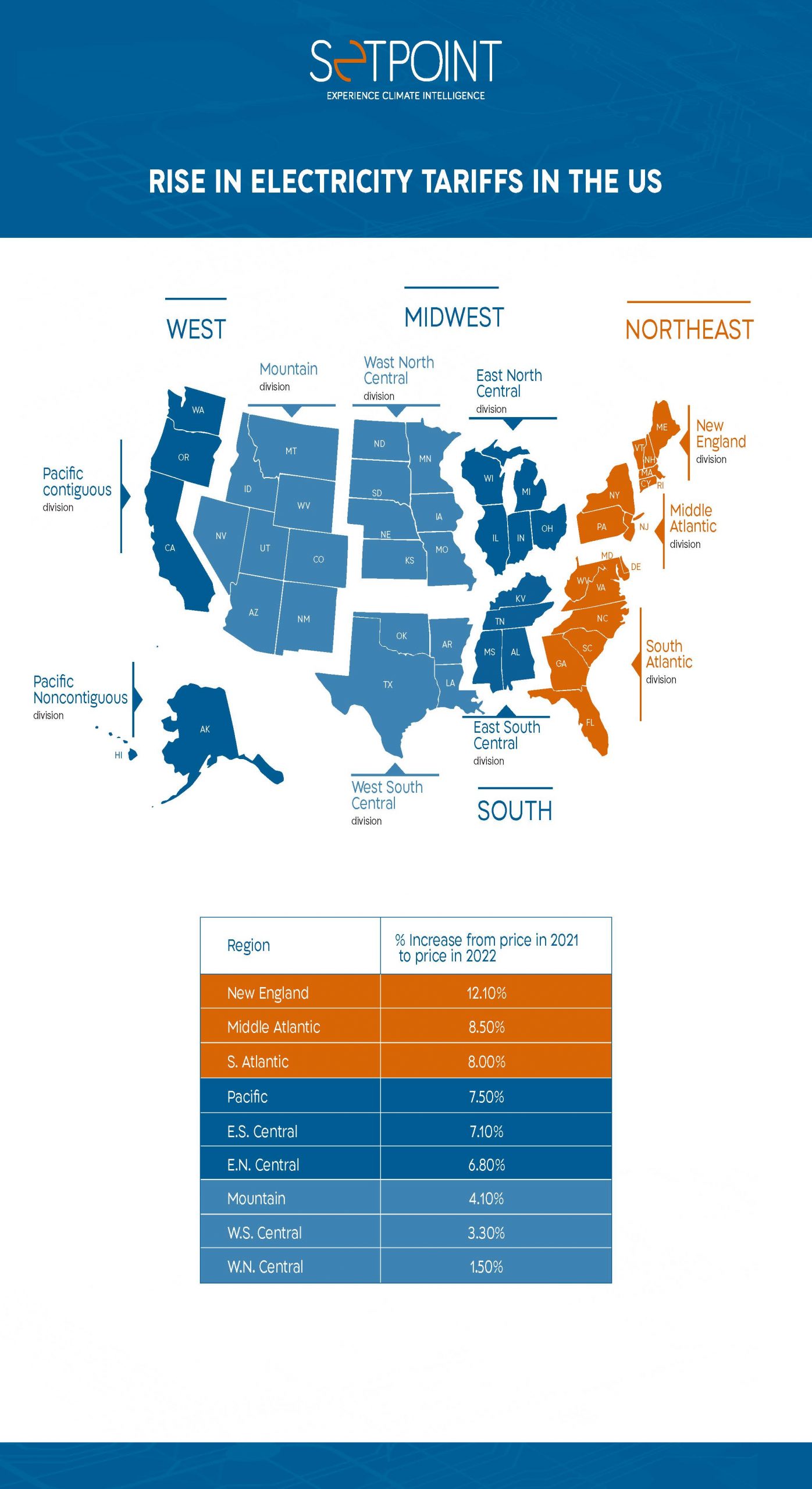 With energy costs already high, investing in a smart indoor climate solution can seem like an unreasonable expense or completely out of budget. Fortunately, Setpoint can help you achieve indoor climate comfort without breaking the bank. With Setpoint’s climate Intelligence, you can do both whiles saving money on your electricity bill. Our technology is designed to be energy efficient so you can enjoy the cooling comfort your building needs without the expense and environmental impact of traditional systems. This means you can keep your building cool and comfortable without costing the earth. There is no need to choose between saving the planet and attaining a perfect indoor climate. Keep it cool for your guests, staff, and loved ones with Climate Intelligence.

So, You want to learn more about how to tame the heatwaves in your building?
Get it while it’s hot >>> https://www.setpoint.ai/contact-us/