An Easy Guide to Demand Response 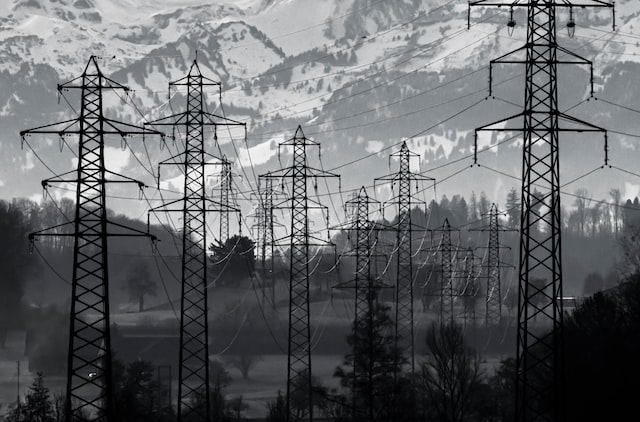 So, let’s start from the beginning…

What is Demand Response?

As the energy crisis continues, people are desperate to find alternatives to cope with the exorbitant energy prices that have been our curse for months. Demand response has become a popular term among power companies and building owners since it helps improve the efficiency and reliability of the grid. It assists energy plants to optimize their energy delivery and manage energy demand, thereby reducing the probability of blackouts or an increase in the price of energy consumed during peak hours.

In 2020, DLA Energy (US) reported savings of over $2.7 million in fiscal year 2020, with cumulative savings since 2008 totaling over $39 million thanks to the country’s demand response program.

But what is “demand response” exactly?

It can be defined as a change in the energy consumption of electricity customers to better match the power demand with the supply. In other words, it helps buildings reduce their energy consumption during high-demand hours, it allows energy plants to satisfy all demands without overstressing the grid. Demand response and battery storage combined are projected to meet around a quarter of flexibility needs globally by 2030 (increasing to meet half of the flexibility needs by 2050). 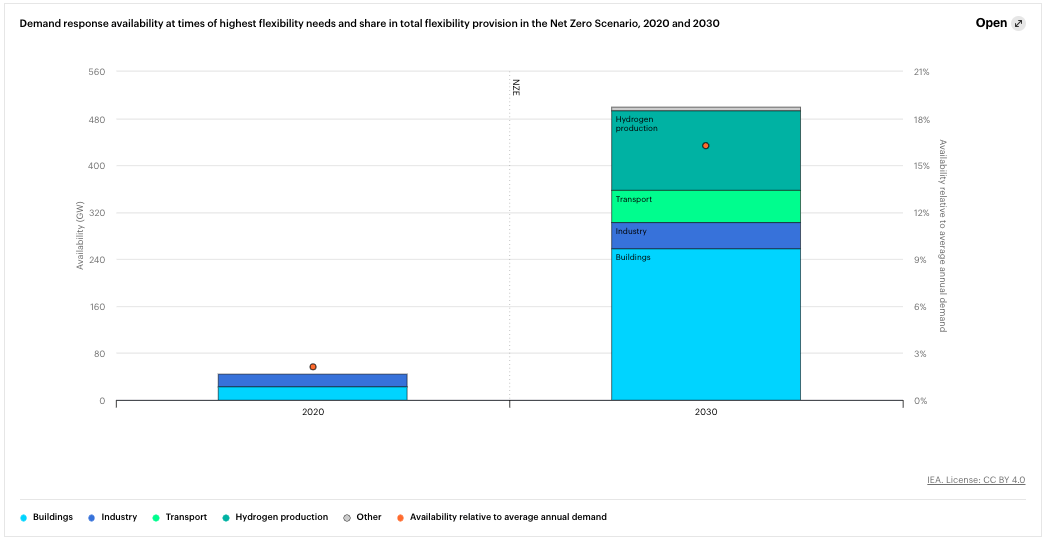 There has been an increase in power consumption due to the extreme temperatures that have been recorded in the past months. Since winter is just around the corner, electricity providers have used a variety of techniques to encourage consumers to participate in demand response programs, including time-based prices like time-of-use, critical peak, variable peak, and real-time pricing, and critical peak rebates which translate to higher prices to incentivize energy savings and reduce the chance of overload and the resulting power failure. In the United States, according to the last energy report, over 669,000 additional customers enrolled in retail incentive-based demand response programs (South Atlantic) and there was an 88% increase in customer enrollment in the West South Central division.

Since the energy crisis still remains unresolved and the predictions for the rest of the year expect the current situation to worsen, the possibility of implementing direct load control programs, which give energy companies the power to restrict the usage of water heaters and air conditioners at times of high demand, has been considered. A great example is Europe, the Netherlands introduced mandatory participation of producers and consumers above 60 MW in providing flexibility in highly congested areas. 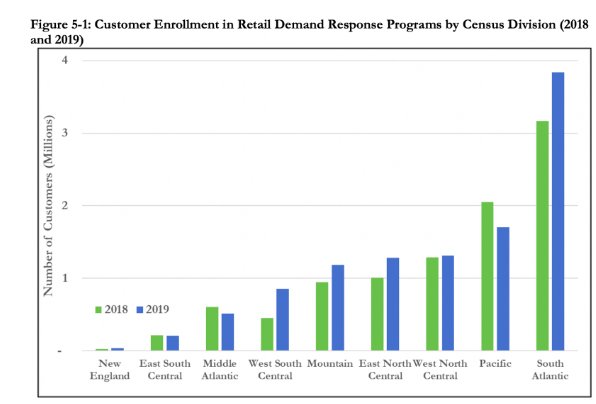 Demand Response is crucial because it is an additional resource that is competitive and may be utilized to balance supply and demand for grid operations and the corresponding wholesale markets. The more efficiently we use the little energy we consume during peak hours, the better for the wholesale energy rates. Less potent generators would be required to meet increasing demand, meaning the system and market may be able to avoid employing less impactful generation resources to fulfill the high demand. In the United States, Southern Company and its subsidiaries, which serve over 9 million customers, have invested over $1 billion in energy efficiency and demand response since 2007; it estimates that these investments have translated to the ability to reduce peak demand by 5,600 MW, or 8%, resulting in the avoidance of 2,500 MW of new generation capacity.

A significant portion of your energy bill is made up of demand delivery charges which are applied to the energy consumed during periods of high demand.

Luckily, you don’t have to buy expensive software that controls your building’s entire electricity management system to save money on electricity or acquire some other highly expensive alternative, just by upgrading your air conditioner you will see a big improvement in your electricity bill.

Setpoint’s AI-powered technology reduces your energy consumption during peak hours without sacrificing the indoor climate of your building. With our Climate Intelligence solution, we enable our customers to take control of their air conditioning system and optimize it making it smarter and more energy efficient. We cover all crucial pain points: From lowering energy consumption to predicting when your HVAC needs maintenance. Say goodbye to expensive utility bills once and for all!

Upgrade to Climate Intelligence and start saving – contact us to hear more!